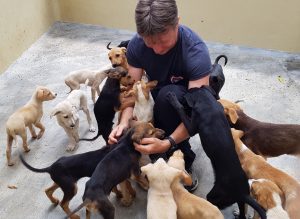 Mauritius is confronted with a serious problem of dog overpopulation which, according to last survey conducted in 2013 by the Humane Society International (HSI), the Global arm of Humane Society of the USA, was estimated to around 246,000 heads.

Whereas, a large part of the dog population is confined by owners within household premises, what really cause problem is the 30% or so, lastly estimated at almost 80,000 heads, found permanently roaming around on streets in towns and villages centres. 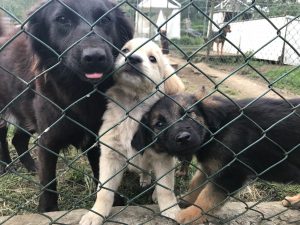 Pim Martens (together with Karen Soeters, Anneloes Smitsman and Kurt Barnes) is leading the project on Streetdogs in Mauritus. We facilitated a participatory workshop hosted by the Ministry of Agro-Industry & Food Security. The workshop was on Management of Stray Dog population in Mauritius, and was officially opened by Hon. Mahen Kumar Seeruttun, Minister of Agro-Industry & Food Security. This launched the first phase of the Government’s project, to receive input from key stakeholders in Mauritius for finding humane and ecologically sustainable solutions in the collective caretaking of dogs in Mauritius.